Can I keep a promise?

Well like I keep telling everyone I really am a busy man and the only reason this blog is getting updated today is because I am house bound with the rain and since iv just come back from a session I thought I would get it typed up whilst it was fresh in my head.

A week ago I was lucky enough to have a week booked off from work and with a large number of big tench coming out of the mere it would be rude not to pay it a visit before they spawn and I miss out on there peak weight. 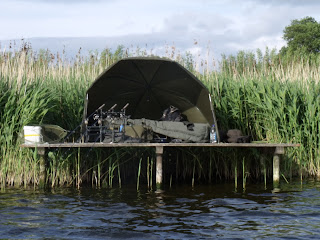 Home for the next 24 hours

If it isn’t broke don’t fix it so baiting up was the usual hand full of the magic mix pellets on each marker with a sprinkling of 10mm source boilies. Rigs well I do like to be Mr. secret squirrel every so often so ill let you use your imagination as to which rigs I was using ;) 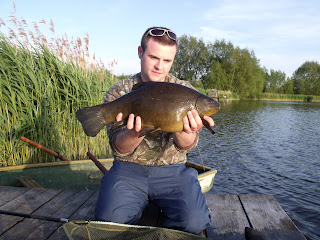 Having now spent a few years on the mere iv got used to the timings of the fish takes, and this session was no different, try and get to sleep around 11pm, usually get woken up between 1am – 2am by a pissballer run then alarm clock at 4am to rebait and recast the rods with fresh pva bags and you can usually get another take between 4.30am and 5.30am. if I didn’t rebait and recast you don’t usually get a touch, so early bird catches the worm. 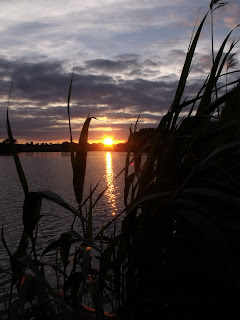 Sun set on the mere.

I ended the session having caught 5 tench all of which over 5lb but non of the bigger ones, I couldn’t grumble though because I didn’t blank.

with the hottest day of the week fast approaching plans were made to pay a visit to a grass carp pond with Mr Stu. I visited this venue last year trying to bag one of its residents but with only 3 grass carp it can be very difficult. 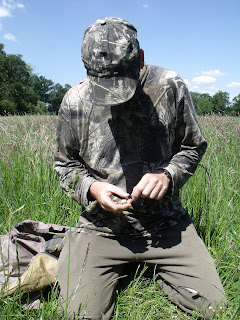 Stu fixing me up with a dog biscuit

Despite the SAS style sneakiness these wary grass carp once again manage to elude my capture, best chance I had was a grass carp heading straight for my dog biscuit but was wrecked by a greedy rudd which engulfed it before the grass carp could get to it. All part of the chase I suppose. 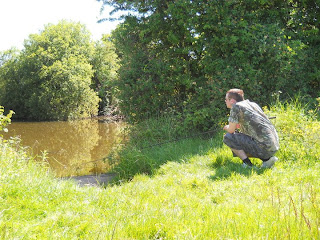 Keeping low to the ground so the grass carp don’t spook.

the grass carp clearly did a disappearing act and we then moved onto a near by pond which holds some nice carp just so the day wasn’t a complete blank. 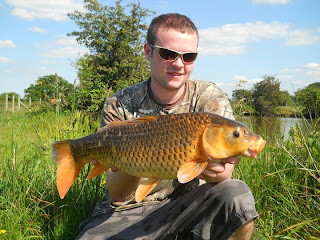 Kio carp caught between the pads on a dog biscuit.

With the big tench opportunity fast running out a night session was once again in order. Phone calls had been made in advance to see if I could have a bit of company for the session and see if I could up someone’s person best in the process because the mere holds a few of them.

Mr Clive parry was the first to take up my offer and with his previous pb being at 5 and a half pounds I told him his first fish would smash this and I promised him a pb (was it wise to say this?) 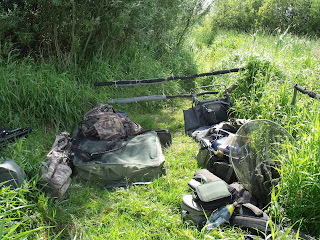 You would swear we would be staying for the week

My plan was to head up to the stages that I caught on the week before and just hope that clive could bag a few. During the day though we started the session in the boat yard plugging away with maggot feeders. 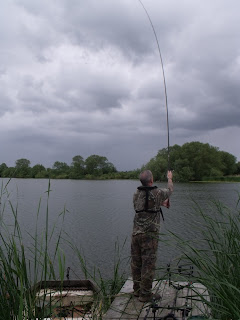 Some accurate casting needed from clive

It’s a funny place the mere though and if something isn’t right you just won’t catch, on this occasion the wind was blowing in the opposite direction and from previous experience the tench won’t filter into the boat yard without it. So all we were left to catch was some quality rudd and roach between heavy showers. 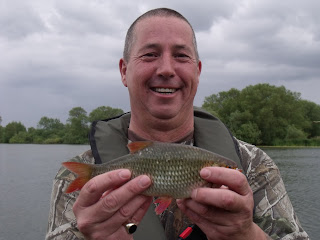 4pm soon approached and we headed back up the mere to the stages that we were to spend the rest of the evening on. Same as last week, markers had been baited with some of the magic mix with added corn and maggots. With the heavy rain showers and no cover it resulted in me getting soaking wet trousers, when the sun did come out though I managed to get them half dry on the bivvy roof and I thought I would be safe for some dry trousers until the wind decided to blow them into the mere. 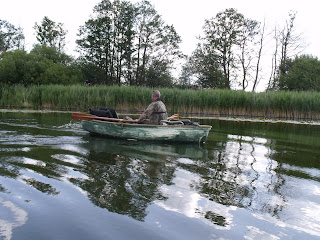 With the shorts on, whiskey cracked open and the BBQ lit all that was missing was clives promised pb.

Piss baller for clive and with his less than speedy actions he was soon connected with an angry tench in shallow water. But was it a pb? 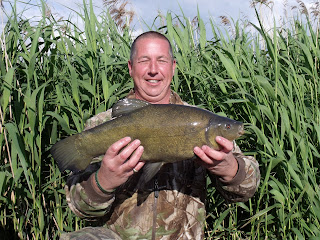 A few more celebratory beverages and I retired to the bivvy with a starting migraine starting.

4am and I was out the bivvy and all the gear was frozen solid! I was up to finally wet a line and rebait, Shorts made it all very uncomfortable but I did it and within half an hour I had a rip snorting run but unfortunately bumped the fish.

Clive had a fish at 11pm and also a few more throughout the morning. 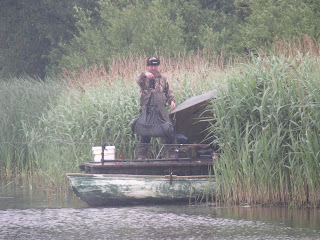 From 8am till well until right now its still raining and there is nothing I hate more than packing up in the rain so as I type this all my gear is soaking. It truly was a challenge getting all the gear back into the car but it was made easier because I managed to put clive onto some fish. 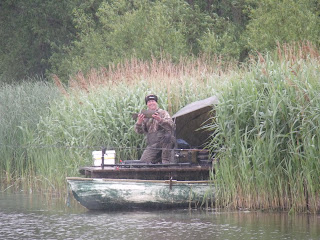 Think that little window of bagging a final big un could have gone for the mere this year, but I really have enjoyed the tenching this year and had some great sessions with good company. Well done on the pb clive, we will up it again next season im sure.

What’s next well rivers open next week! I can’t make june the 16th but I may be out on the upper severn to see if I can get some big upper severn chub on the weekend 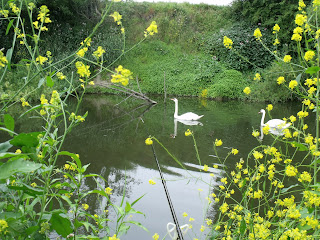 Upper severn magic, I will soon be with you my sweet.
Posted by Bruce at 10:09 No comments: