Well its all hands on deck at the moment, after my last post the tench really have turned on with there feeding, the initial burst of sunshine really gave um a kick! And with a week off I had planned on taking advantage of this feeding spree! 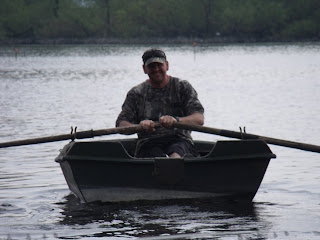 My first day off and i ventured down onto the mere with the man himself Mr Stuart, the Wrexham/Chester feud was put aside just for today as we are sporting gentleman. (although if he got a little close to the edge I would accidently bumped him in) falling in would have been a blessing though because the day was set to be a scorcher. 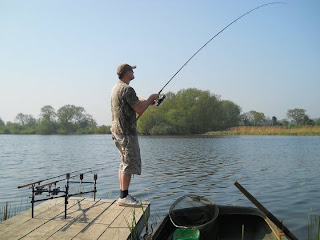 Me into a nice tench

We planned on meeting at the car park at a lovely sociable time of 10am and the idea was to plug away with maggots until we got into some fish. I hadn’t seen Stuart in a while so was looking forward to the sesh and when I got my first glimpse of him I noticed how much he has changed!! Flat stomach and lovely flowing locks (it was a wig) haha

I don’t want to go into to much detail about tactics because after all everyone holds a little back (secret squirrel ;)) but first tench came at 11am and action was thick and fast continuing right up until 3pm. Although I bumped a couple of fish and lost one around a marker the day ended on a high with 8 tench bagged. Two going 6lb and the rest being high 5s. 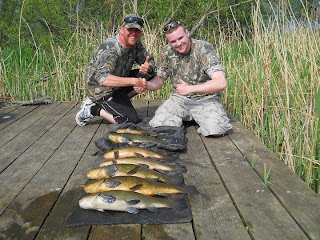 Team work resulted in a bumper catch of big uns 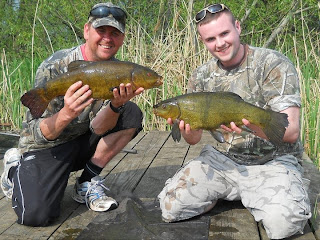 Few days later I once again found myself floating across the mere in the boat to my chosen spot which this time was to be the sandbar which meant me spending the day in the boat. 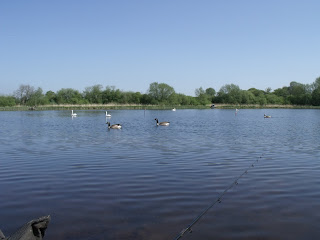 Fishing from the boat on the bar, check out the markers in distance

Now im not a massive fan of fishing from the boat, I love my space and having two rods out and all my gear in the boat leaves me cramped which leads to me getting naggy! space for casting was also very tight but being the welsh wizard it didnt take long for me to get the hang of hitting the markers which had a nice sprinkling of pellet waiting in front of them. 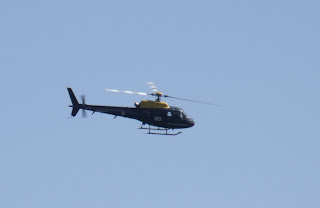 Police helicopter which spent the day circling the mere.

Now over the years iv started mastering the art of self takes, usually being alone I rely solely on that 10 second timer. Usually they do go to plan but whilst holding a fish and waiting for the 10 seconds to come to an end I had a screaming run on the left hand rod 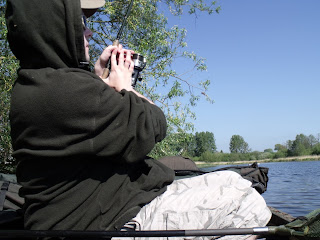 Before I was rudely interrupted I was trying to take a picture of this 5lb+ male. 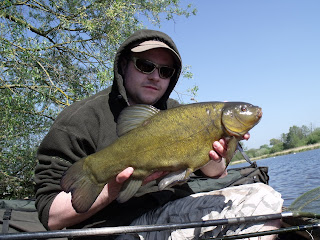 The day contuined with a few more fish making the total upto 6 tench and not a boilie or buzzer in sight. 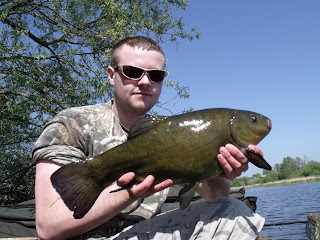 As they say variety is the spice of life so a change of scenery was needed so a days stalking and floater fishing was to be my next adventure which came to an abrupt end. This time of year I have no choice but to share venues as the “fair weather” anglers pour out of the wood work and venues get cramped!

The venue I went to was a couple of big meres and I had aimed at targeting the carp, but with the car parks full and a busy road along side I didn’t stay around very long 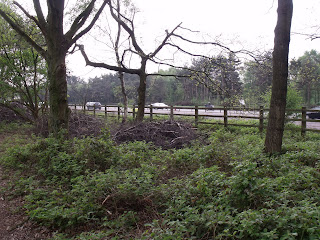 Nice relaxing day by the waterside

This venue really wasn’t me, I haven’t been there before and unless I want a few easy fish I don’t think ill be back. Im after peace and quiet on a fully overgrown mere so I can creep about and spend hours up a tree, think im just a fussy angler these days 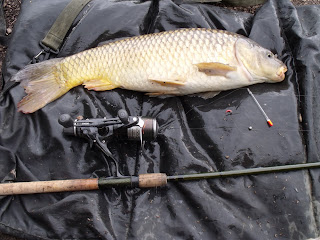 So your all upto date, iv decided not to go out this weekend and instead get the blog updated. Although its all good fun catching decent sized tench the fire for me burns with the big girls of 8lb+ which will just about be ready to start creeping up and down them margins and when they do ill be there waiting.

also gagging to get back on the severn after some barbel! june 16th is just around the corner. 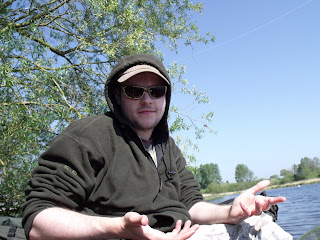 The one that got away?