First off this will be my last post of 2010!! Yayayay!! Christmas really has come around fast and so has winter!! I have been unable to do most of what I have wanted to do with the current weather as it is. We had a heavy frost, then snow then frost and now snow again! This makes planning my angling very difficult.

Which is what happened when Chris came up from Portsmouth, I was hoping some pike fishing would be on the cards but i felt it would have been a pointless trip after we had a hard frost, so the next best thing was to mix things up, we both enjoy walking and I do love the Upper Severn so…………………….. 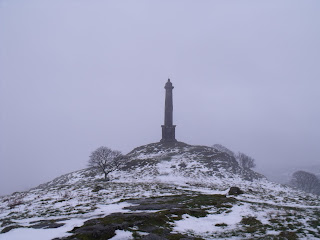 Back up Rodney’s pillar I went!! (I really think I should reword that?)

But as well as the pike fishing being pointless so was this because half way up a mist settled around us and made seeing any sort of view impossible, I was really looking forward to seeing a snowy background! 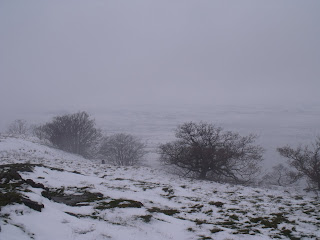 The following week was also a non angling week as I spent the weekend recovering after seeing the punk band *The Gallows* perform in Wrexham, was a great gig and if you watch the video on the link below you might just see a certain someone coming into the circle pit at 50 seconds
http://www.youtube.com/watch?v=M7_AZgbLqvI

With the gallows out the way plans had to be made to get some fishing done!! Firstly though I had to make up a fresh batch of cheese paste after my other batch had been mistaken for mouldy pastry!

That Saturday I went about sorting all my gear out and getting everything as light as possible to carry and i thought I would acclimatise myself to the cold weather by creating this In my garden……………….. 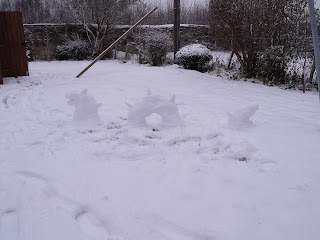 Sunday morning I made my way to the upper, it really is a different world to up there and upon arrival I was greeted with 6inchs of snow, freezing fog and a frozen padlock gate which meant my precious tea had to be used to defrost it. 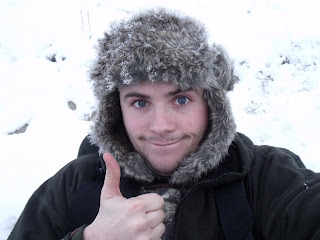 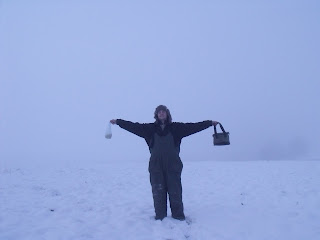 As you can probably guess I blanked! Lol I did enjoy being out in it though and looking back at the pictures now it looks a lot colder than im sure it was, but I was dressed like an Eskimo. Below are a few shots of a snowy Upper and a video I did whilst I was out. 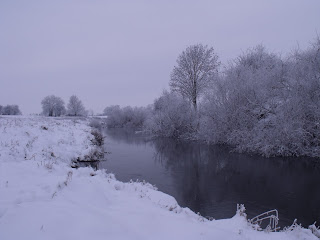 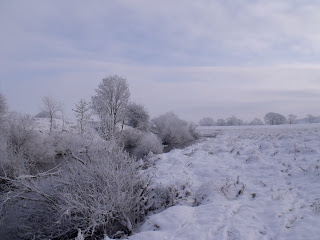 As you can see all the overhanging trees just scream chub!

The little video of my antics

And that just about concludes 2010! Iv had a lot of memorable fish and had some really enjoyable fishing sessions with some angling friends.

What now! Well im getting into the festive spirits by drinking to much and eating to much and not really beating myself up about not going out and fishing, im keeping in contact with some other anglers out and nothing much is going on. I have a session planned on the 2nd of Jan pike fishing with my fellow whisky drinker Clive at an undecided venue which im really looking forward to as iv only fished with Clive once this year which was a flying fishing trip.

So keep your eye out at the start of the year for that and enjoy Christmas! And have a triple on me. 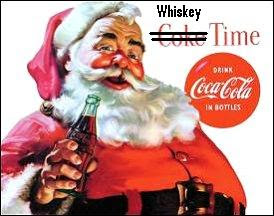 A Little video of me and my attempt at trying to scare my dog who is passed out on the sofa! You might be able to make out Robson greens extreme fishing in the background (it takes a while for me to turn up but im trying to build up the suspense)