I have stood by my word and here is another update!! I have well and truly got my head screwed on now and made the most of the close seasons on the river. To peel myself away from the heavy drinking and partying I have also signed up to the Chester half marathon in May!! So training all week then the weekend is free for fishing!

So the close season, I had two weekends to try and make the most of it. All I really wanted from the river to end was a nice catch of barbel fishing two rod approach flinging out feeders on the middle Severn, a classic Mr. Crabtree approach for chub with cheese paste into chubby looking areas and something that I am always thinking about at the moment an upper severn big barbell.

With Angling effort defiantly equals rewards and before deciding on what I should fish for first I was constantly reading through fishing forums, keeping my eye on the angling times, scanning the weather and water reports before I was to make my decision.

With this knowledge now gathered and an afternoon booked off work I was heading towards Shrewsbury after some middle severn barbel. 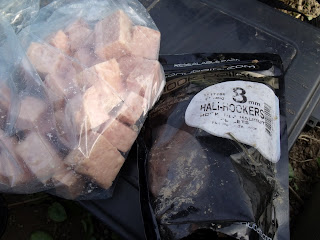 Baits for the barbel, 8mm Pellets and cubes of meat.


Sometimes fisheries really can change over time, my big roach venue has been netted, the big perch venue is overrun with crayfish but on my two year absence from this stretch it hadn’t changed a bit, come late evening into dusk the barbel just go berserk. 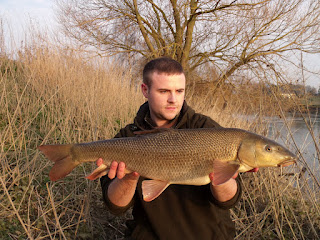 The session started on a high with my first fish sliding over the net at 9lb10oz which is a very good fish for the stretch, followed by frustration of losing two more fish not long after due to a blunt hook. 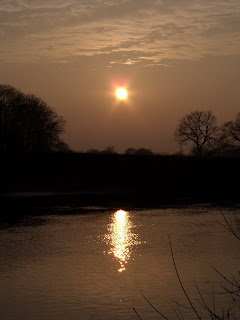 Sun set plunging me into darkness

Come darkness I sat it out until the moon was high in the sky and all the bites dried up, the higher the moon gets the more my confidence seems to plummet with the air temperature. The ending total of the session was two barbel. 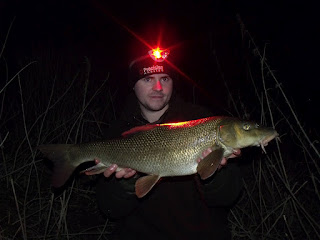 With the river on top form and with the amount of sharp taps from chub i was receiving the next day I headed to my favorite big chub stretch of the severn which has done me a number of big fish in the past. 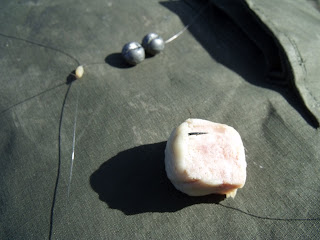 meat with a cheese paste hat

Arriving early morning I baited 3 swims with meat, magic mix and small balls of cheese paste with the plan of moving between the 3 spending half an hour in each before starting over again. 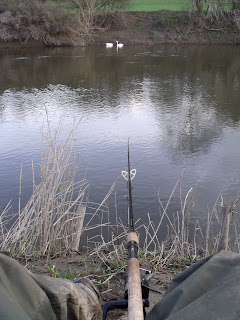 Rod ready for instance strike at any movement

Big hiccup of the day though was picking up the wrong reel and was only fishing with 4lb line, now it might sound strong enough but I really like to bully the fish out into the middle of the river from the overhanging trees and i felt the 4lb line just wasn’t up to the job. 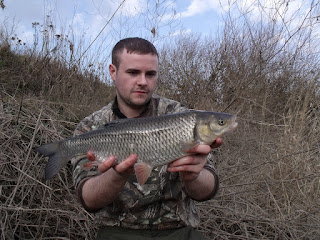 come midday the water was starting to foam from the amount of casts I had made and I felt any self respecting chub would be the other side of iron bridge by now so with two chub caught the day was cut short and i was left for another week dreaming of the next trip which was for a last chance big upper severn barbel.

Between both trips i had been in contact with my angling companion stu maddocks and we sketched a plan together to target a new area of the upper severn after chub then splitting up at dusk and heading our separate ways for our chosen quary, mine the big barbel and stu a big chub. 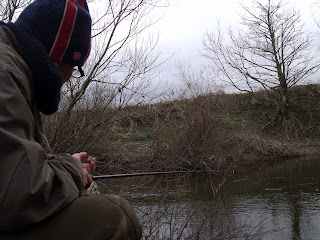 Despite it being a very good recce trip for next season the new stretch failed to produce so once again i was sitting alone in the dark.

just like the week before i had the rod in hand ready for any knock that was to occur on the rod, and like electric traveling up the line the first tap i had was hit and with solid resistance, the shadow bolted for the sanctuary of some nearby trees, typical chub i thought to myself as i plunged the rod into the river to avoid the branches, feeling very confident in landing the fish which was starting to feel like it was a very good chub i put the net into the river. the chub sensing this rolls on the surface and the hook flies out!!! Even now i still can’t believe it and i would have loved to of seen this fish because it felt like it was 5lb+.

the hours went by and i was receiving no signals up the line so a change of swim was needed, i packed up and made my way to the top of the stretch in completely darkness as not to scare the fish with any unnatural light. first cast into the new swim and i managed to get the rig caught in a caught in a tree, it was starting to turn into one of those sessions. With those fish also spooked i gave it another hour before leaving in shame.

not really a fantastic end but catching that 9lb+ barbel was enough to fill me with the magic of fishing.

what’s next? i have been looking through some of my previous pictures and it was April two years ago i started catching some pbs with big perch and pike. But with so much to go at and the mere screaming at me I am unsure of what to target! im thinking bream.

A long lost video of a 8lb tench i had two seasons ago, cant wait for spring.