What a fantastic start to spring and the tench season!! the mere is starting to come alive with fresh reed shoots, the lilly pads have just hit the surface, the club subs have gone off, we have a new sturdy double boat which I'm really looking forward to jumping in during winter for some pike sessions and we have managed to repair one of the stages with fresh planks and stakes!. 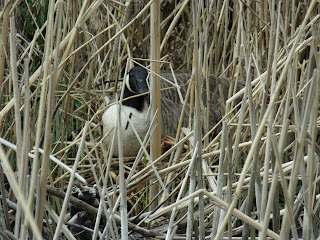 One of the many geese nesting on the mere
im starting the blog post off on a high! at the end of March (28/03/12 to be precise) i had a brilliant session catching 5 tench all to the maggot feeder, all fish going over 4lb8oz and the biggest a 5lb8oz male. i made a lot of mistakes during the session and i lost a lot of fish, but its always to be expected until you get back into the swing of things. 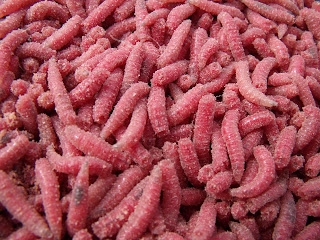 The magical bait with maybe a little "Something Something" added!
Mr Maddocks definatly gets the bow and handshake for this because he had already been down a couple of weeks before hand and put out the markers, raked and baited ready for me to take advantage whilst he was away on holiday so top man. all i needed to do on the day was re rake and put some of the magic mix down. 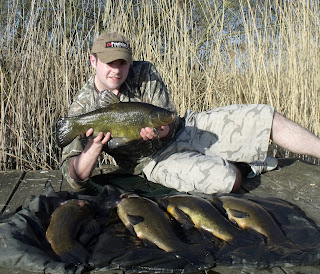 Its been a fair few weeks now since that eventful day and i have very little to report. Fish are showing in the hours of darkness (10pm - 3am) but i cant force myself just yet to brave the elements because i have alot of other stuff on the go. But two 7lb tench have already put in an appearence which is brilliant news because the fish are definatly getting bigger even when carrying no spawn.

Its not from a lack of trying that i havent been catching, i have been down every weekend since and its just horrid down there. I have been battling with the snow, wind and rain and as a result the mere is bursting its banks! i really have been taking a beating and im sure at the end of this week the water will be over the front of stage one which i fish. 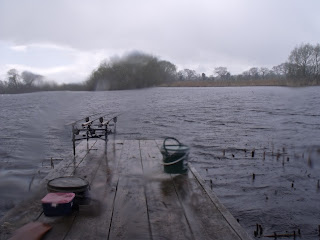 Weather speaks for itself 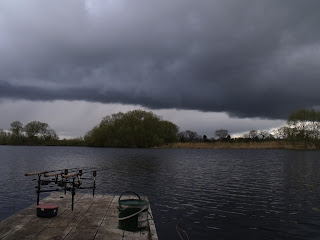 one from yesterday, if it looks danergous it usually is
You are now fully up to date, all we need on the mere is one week of full sun shine and once again i can enjoy a bumper catch of tench. Soon as it warms up a little more though i will be taking advantage of the night feeding spell. I said earlier about a lot of things going on and one of those is the chester half marathon which is on the 13/05/12. so im spending all week training and come the weekend i cant force myself to be woken up every other hour by a tench. But once the 13th is out of the way ill be nighting because i happen to know those big 8s love a 5am breakfast.
Until my next post 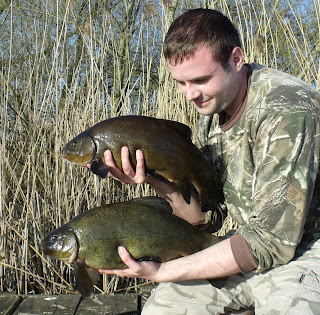 A couple of the big uns!